The days are long, but the years are short.

I am living this cliche.  I think it happened somewhere during the holidays.  Visiting with friends and family you haven't seen in a while who all say:  "Wow, your boys are getting so big!"  "Oh my gosh, Jake is so tall now."  "Henry's catching up to his older brother!"  "George sure isn't a baby anymore."

Then in mid-January, we started back up at the community center.  We hadn't been there since last spring, but this mom needed after school sports classes for some energetic boys.  It just so happened that their favorite counselor is scheduled to work the nights we're there.  They've known him since Jake was 3, Henry 2 and before George was a thought.  The look on his face when he saw the boys again was utter shock.  It was then I realized they really are growing up.

Literally.  Jake is now less than a foot shorter than that counselor. !!!

These weeds are growing in many other ways, too.... 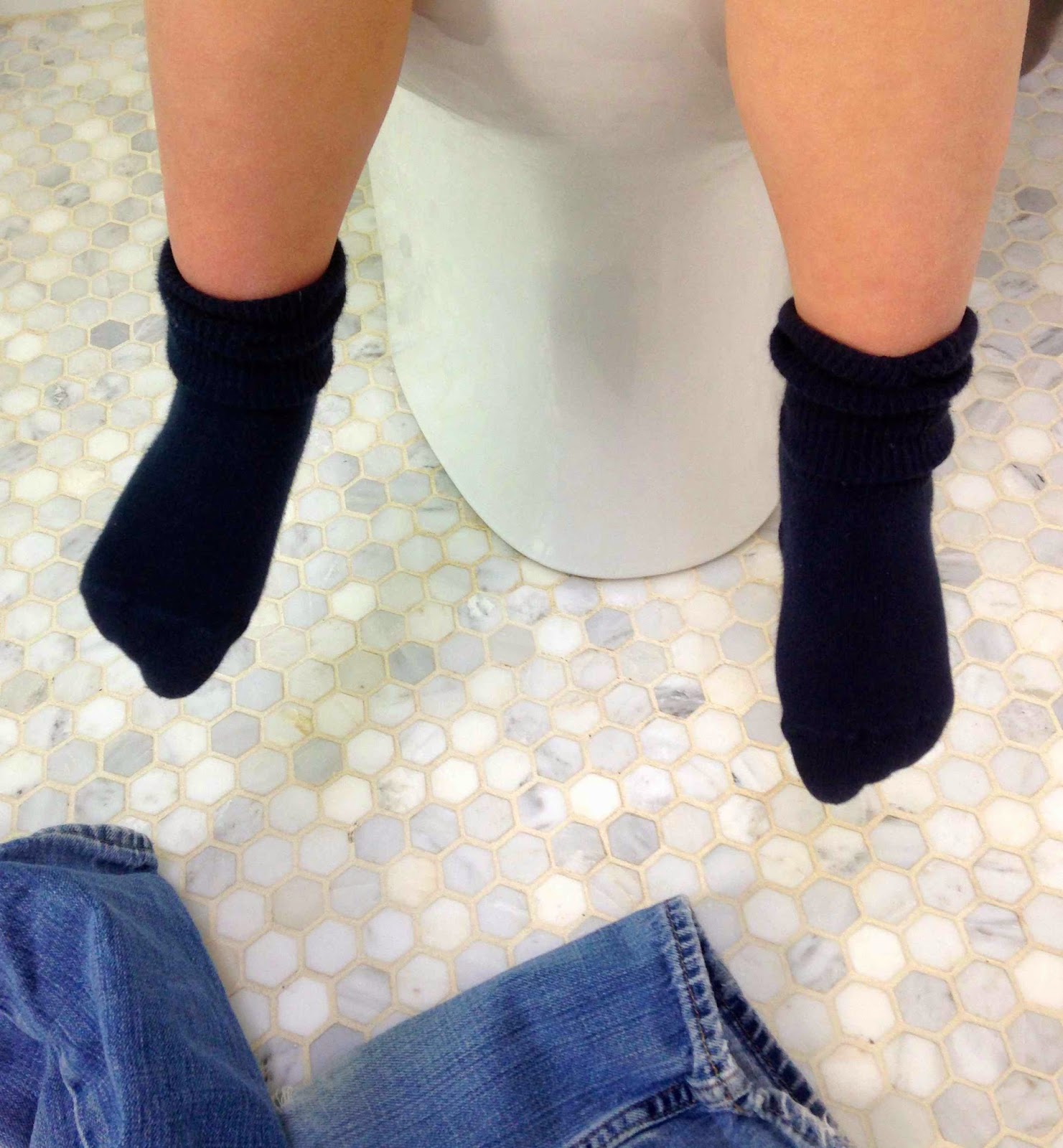 I am not a master in potty training.  I actually hate it.  Diapers are a pain in the neck, but oh so convenient.  It's a beautiful thing when you don't have to navigate public bathrooms with a child who touches everything on, around or near a toilet when peeing.  Not to mention the standoff I had with my oldest when trying to potty train him at 2-1/2 or 3 years old because everyone said I should.  It was hell.  So I gave up, let it go, and made sure he could do it by the time Kindergarten came around.  And he did it.  In one weekend.

I have no idea how Henry did it.  Poor middle child.

But George?  I think he could have done it for months already.  He only needed some underwear of his own to get him going.  He started the first week of January and just did it.  Only one accident last week...he was having too much fun playing with his toys downstairs, so he forgot and soaked his pants.  Won't do that again!  Lately, even his overnight pull-up is dry in the morning.

Finally.  After 9 years of diapers, we are almost done. 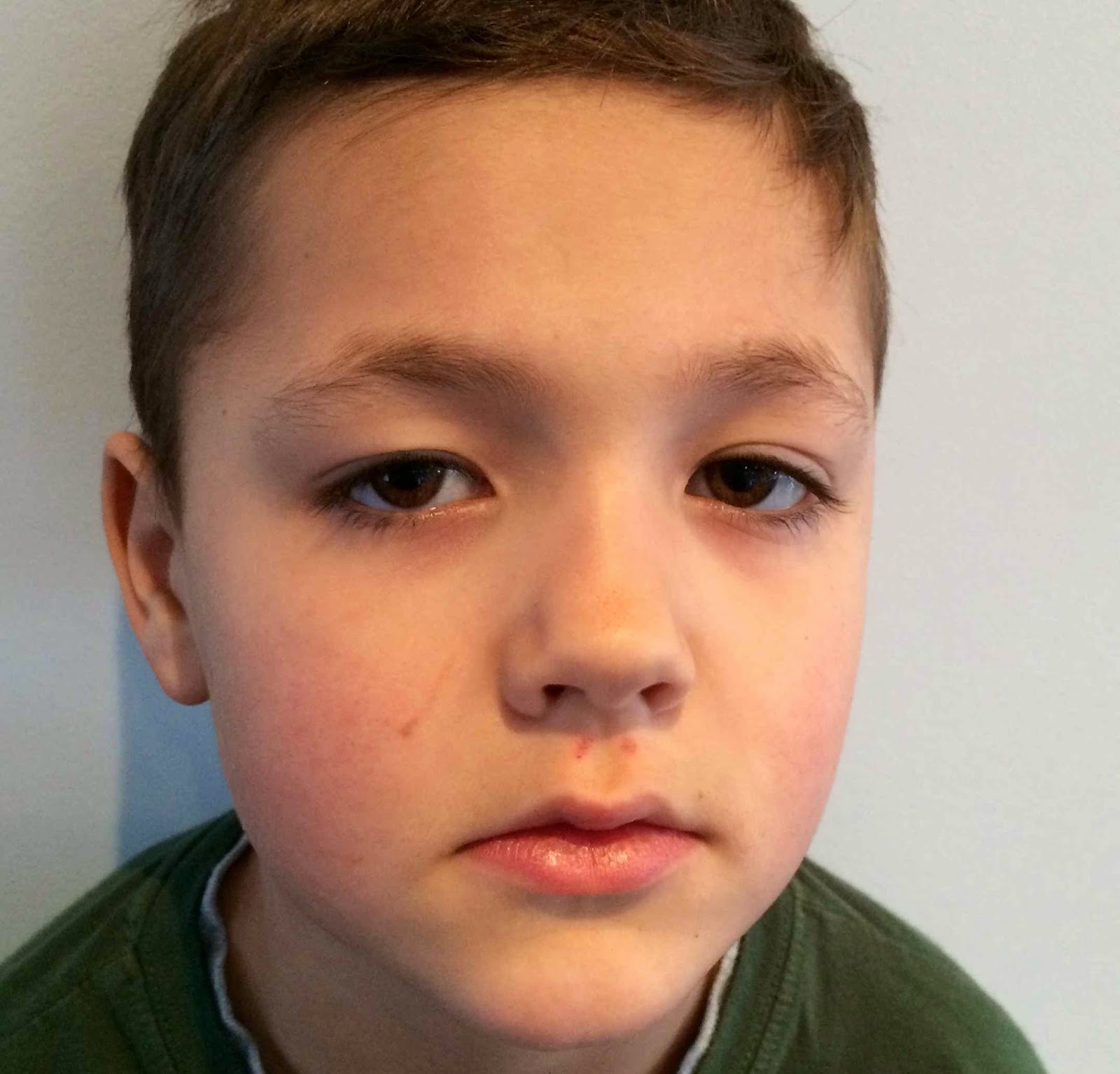 Then there's this kid.  Henry has a lot of scratches on his face at all times.  He's the lover.  He needs to kiss, hug and be close to someone every minute of his life.  Unfortunately, that person is usually George.  And George lets Henry know he doesn't like it.  But Henry doesn't listen.  His heart won't let him.  So George pushes and pushes and pushes away until he scratches.  Poor Henry.  It's not good.  That scratch on his cheek is a scar.  But it's hard to blame George when I see him being suffocated.  By love.  Oh my heart!

But those scratches under his nose?  Not from George.  See, Henry is also curious.  You can warn him, beg him, even tell him directly not to do something, but he will do it.  He has to figure it out for himself.  When Henry wandered upstairs to find a band-aid (also not George related), he was gone for a long time.  Then he came back downstairs with those marks on his face.

He leads me to the bathroom, pulls out the toothbrush drawer and picks up Steve's razor.  My eyes get really big.  He shows and tells me how he went up his cheek, down his other cheek and then (in a fast voice) "went side-to-side" on his upper lip.  Aaaaaah!  Did it hurt?  "Yeah."  Are you ever going to do that again?  "No!!!" 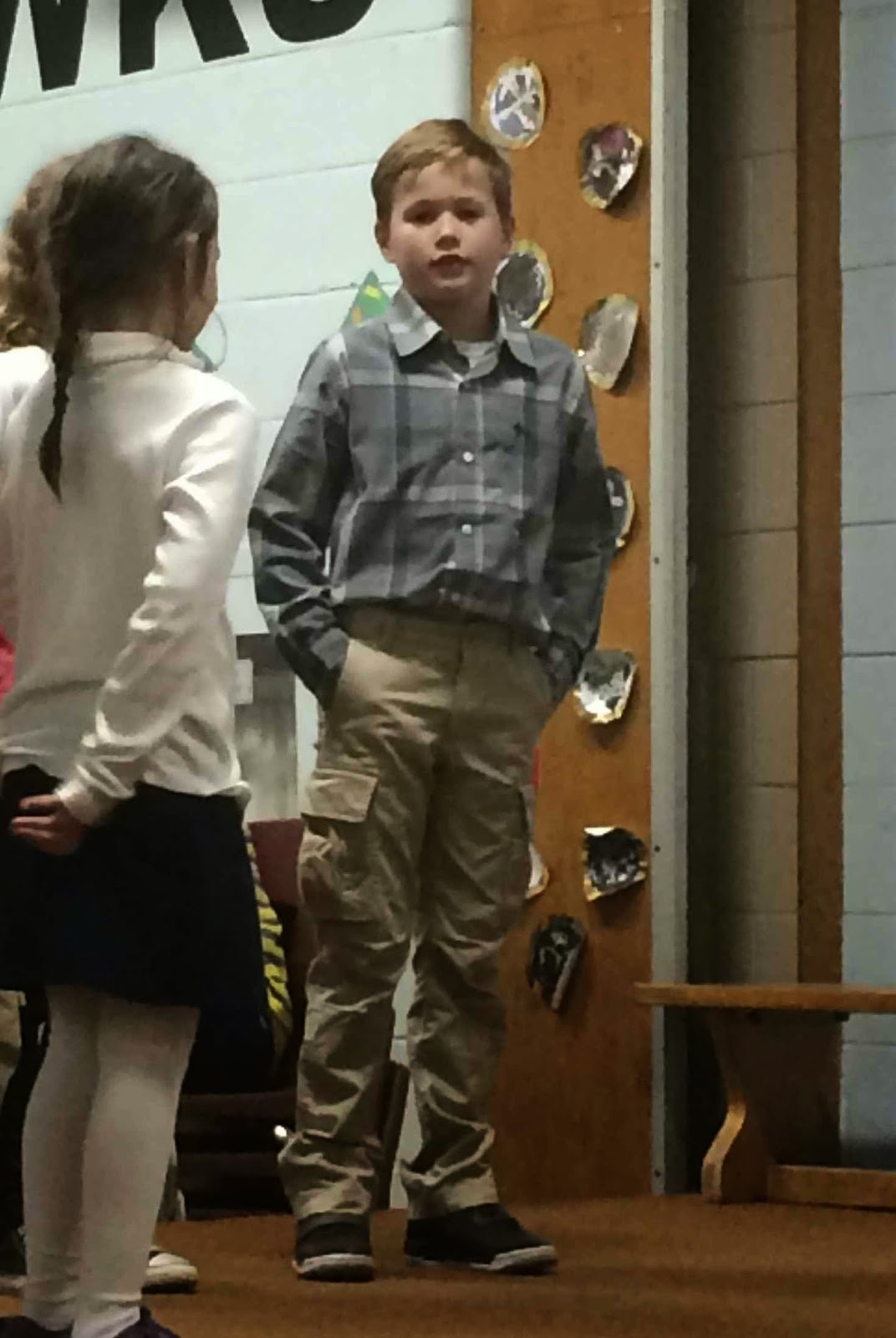 Before the school winter break was over, I went to a brunch at a friend's house.  She lives in the neighborhood, but a few good, long blocks away.  As soon as I got there, I realized I forgot something at home.  An ingredient for the sparkly drink.  It wasn't worth leaving the party to get it.  But I felt bad for forgetting.  So I texted Steve: "get Jake to bring it over!"

It was perfect.  He was home.  I was there.  We both had our phones.  We knew how long it would take him.  Jake could walk from home to me and back while Steve and I texted his departure and arrival.  And...his route would be the same as the walk to and from school.  No brainer.  My palms were sweating.

He showed up at the door with delivery in hand.  In the other hand was a post-it note with my brunch friend's address and Steve's phone number.  I gave him a huge hug and tried to lean in for a kiss.  Nope.  He just said, "Ok, ok, I gotta go, I only have 10 minutes to get home."

Posted by Meg {lovingalbany} at 2:05 pm No comments: