I love to garden.  I can't wait to dive into my backyard and get dirty.  I don't have a black thumb.

Actually, I think they just don't like my bay window.


It faces north.  It gets little indirect light.  The semi-transparent shades that hide the neighbors' cluttered backyards don't help.


But the first one lasted almost a year.  So I got a 2nd one.  And then it died. 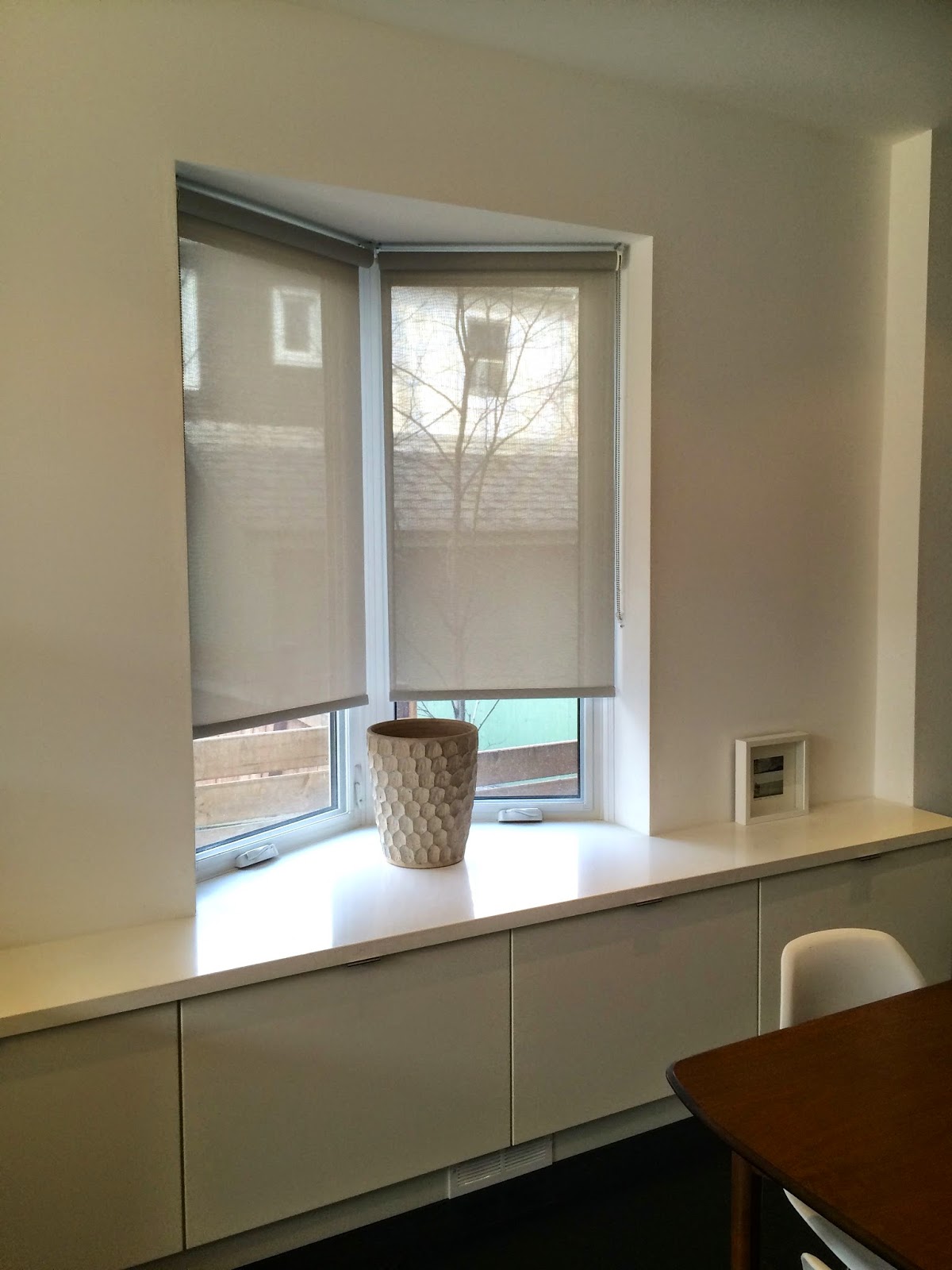 I'll spare you the sadness.

I swore off plants.  Nothing alive will live here.  Instead, I started googling other options.  Artwork.  Sculptures.  DIY something!  Nothing inspired me.

But then I remembered Modern Jane's Instagram shot of a vase filled with greenery.  No flowers.  Just green.  Yes, it's alive...but how much light could simple greenery need...??? 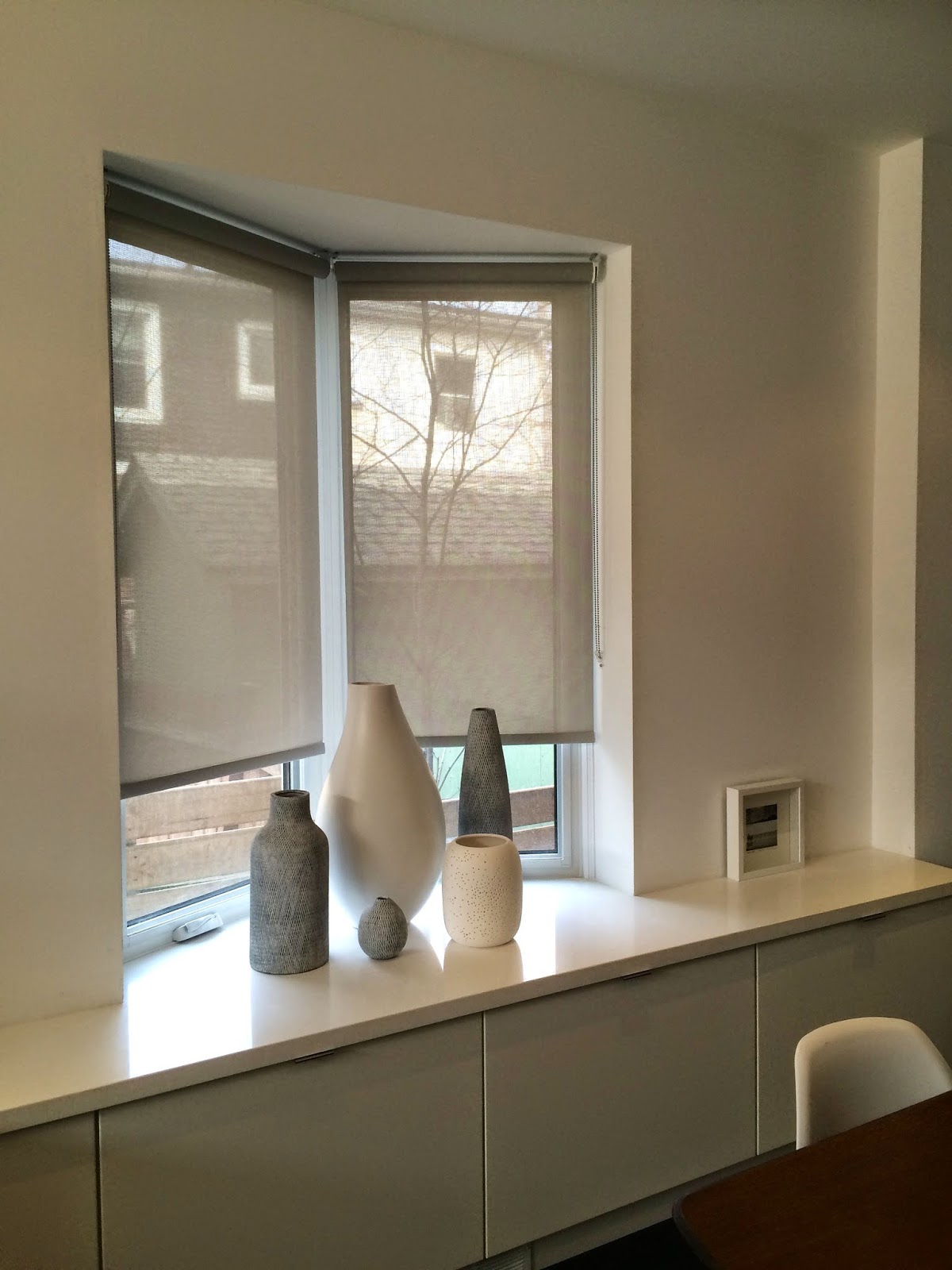 The very next day, a West Elm coupon landed in my inbox. 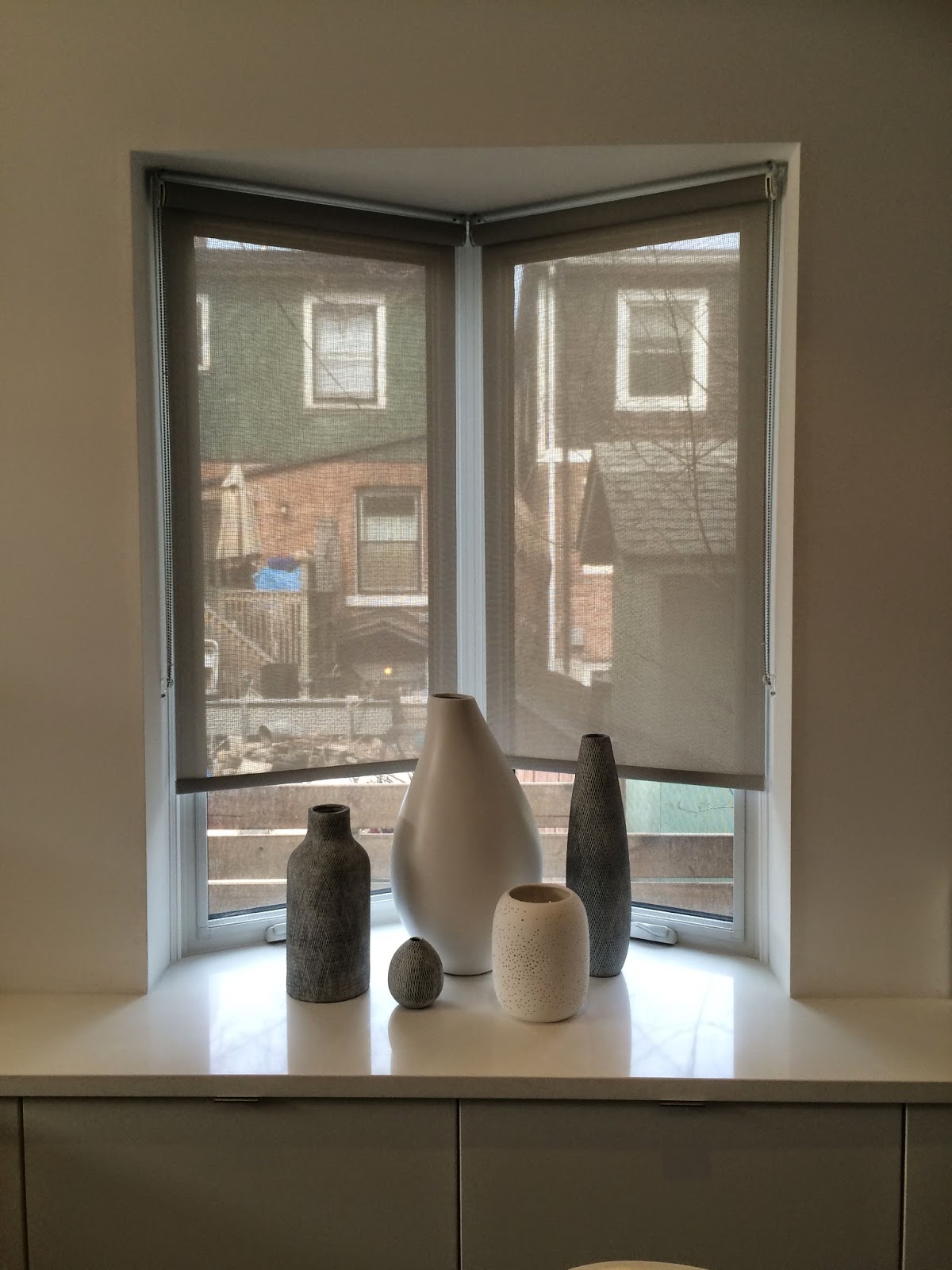 Isn't that awesome?  Such a great view through those shades.  Light be damned, I can't live without those shades. 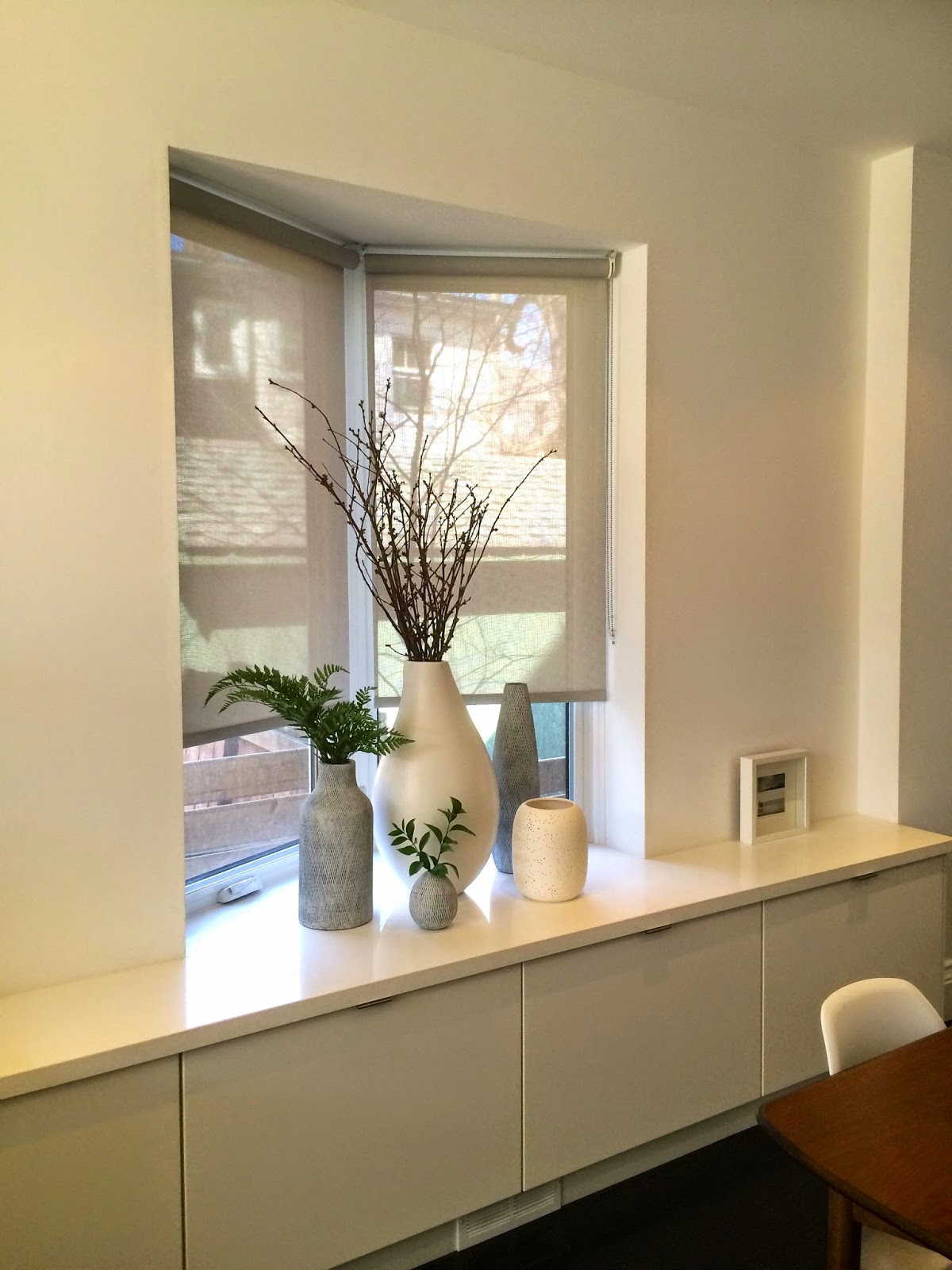 And I filled those vases with something tall, something ferny and something small.  I need the height in this window.  Anything short looks really awful.  Filling the space at least 3/4 high is a must.

The vases were an investment.  But the branches and greenery?  So cheap!  That bundle of branches was $15.  $15!!!!  You can guess how much those little green sprigs cost.  Less than a latte.


The branches are blooming.  I guess I got flowers, afterall.  She said low light would be fine, they just might not open up...but I see some!!! 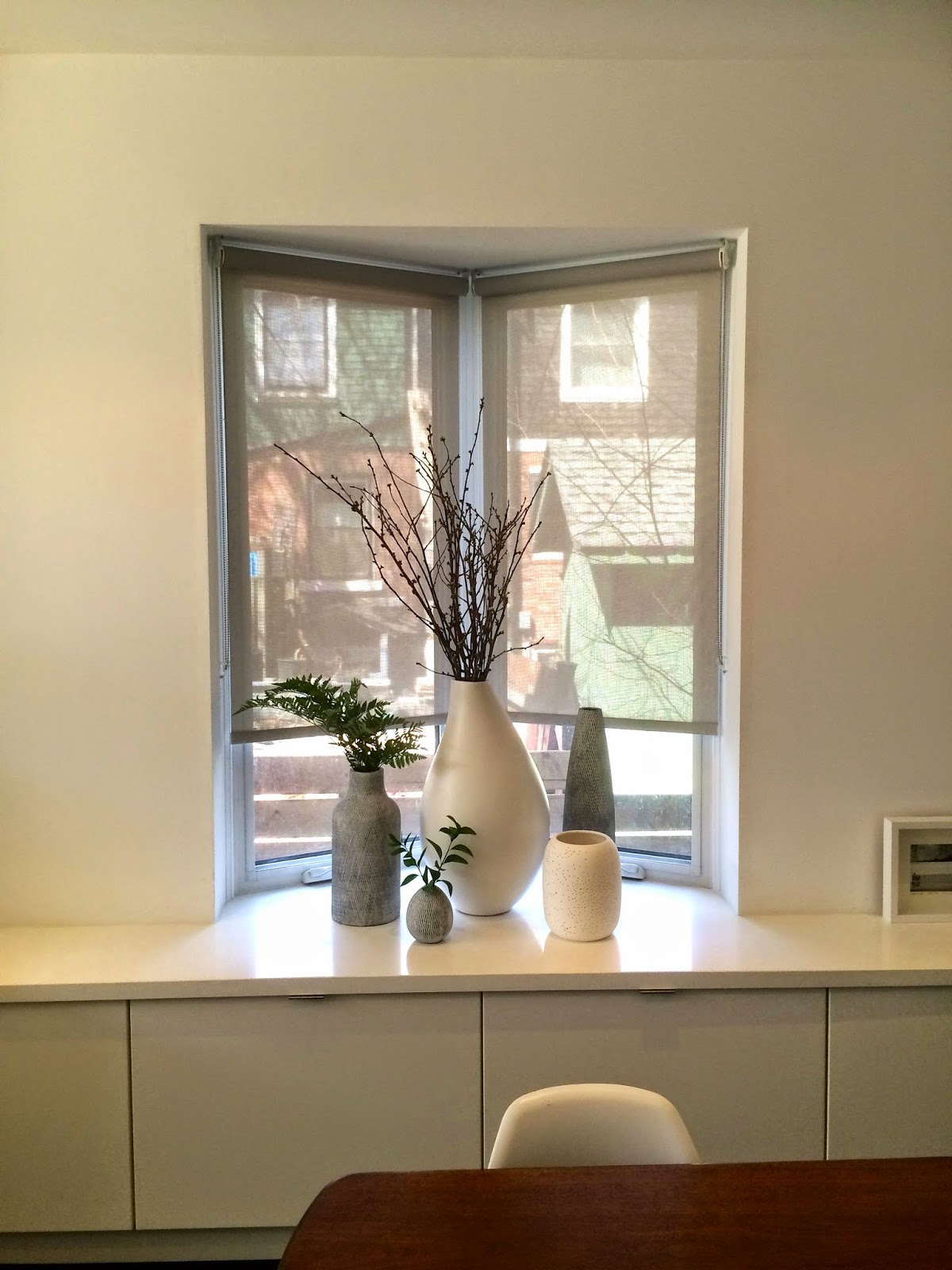 I can almost ignore what's outside that window.  Almost.  Just look for little flowers.


I left the price tags on the vases, just in case.  I wavered between loving the new setup and feeling like I lived in a West Elm store when I walked into my house.

But after a few days, when Steve noticed I made the change, he gave me a thumbs up.  I think those vases are staying ;)

Posted by Meg {lovingalbany} at 1:34 pm No comments: