Today is my baby's 5th birthday.  Which is a total trick of the mind for me, because my oldest was five when my baby was born.

This was the old five. 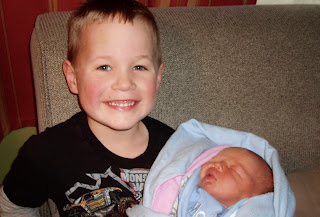 And now the new five. 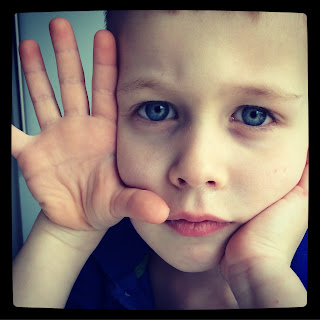 And the old five! 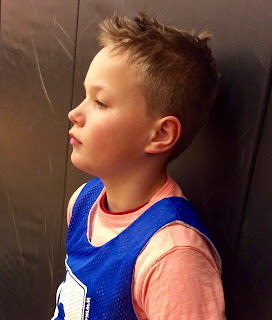 That's as good as it gets at old five, AKA ten.  Ten!  Oh my goodness, double digits.

But let's go back to the good old days.


They were made for each other.


It blows my mind that my oldest was five when our family was complete.  Today, my youngest is five.  It's happy but sad.  No more diapers!  But no more babies.  No more midnight wake-ups!  But no more soft smells.  No more 5-point harnesses!  But no more help putting on seat belts.  Oh my god...that last one is a god-send.

Jake loves George and George loves Jake.  They look alike, they act alike and I think they have the same sensibility.  They are brothers through and through.


But Henry loves George, too.  He can't keep his right hand off of him. 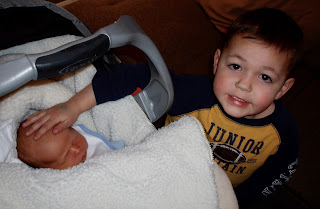 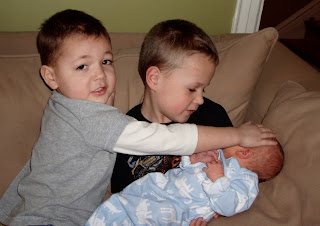 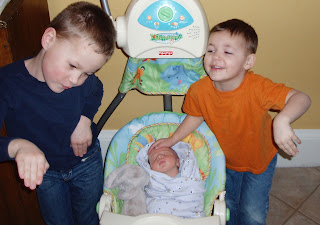 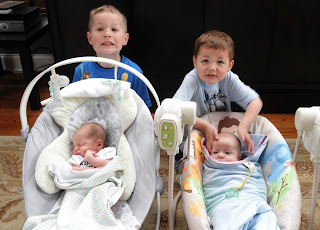 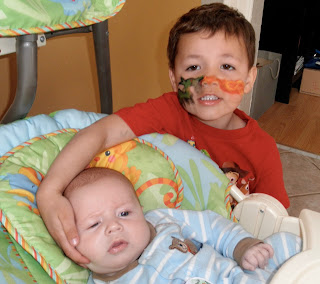 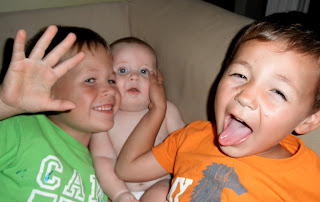 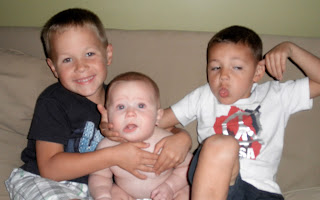 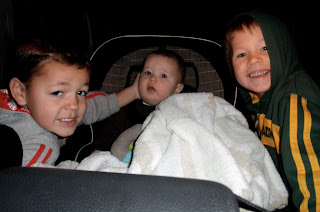 And it's still the same to this day.  He'll walk right up to him and put his hand on George's face for no reason at all.  It must be a brother thing.  Or just a Henry thing.

Either way...they are brothers, they run in a pack and they're getting so big. 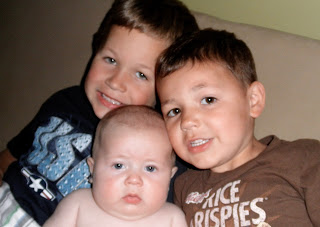 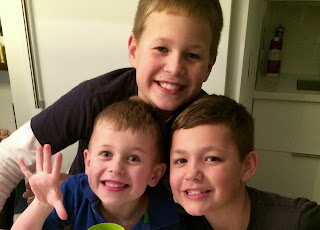 Happy Birthday, my big boys.  Here's to another five...and then some!!!